Chef Stories was entrusted and organized with great success at the 85th TIF, the “EURICE FESTIVAL”, an event which is part of the European Program “Information and Promotion Actions aimed at highlighting the sustainable aspect of rice production in Greece and Spain». Contractors of the program are the Agricultural Corporate Partnership of Thessaloniki, with the initials EASTH and the Consejo Regulador de la DOP Arroz de Valencia. The executive body of the program is Novacert, the largest consulting company specializing in the agro-environmental and the food sector.

In the specially designed area, visitors had the opportunity during the two days of the Festival, to be informed about the sustainability of rice cultivation, the safety and quality of the Greek rice and also taste unique recipes based on the European rice produced in Greece and Spain. 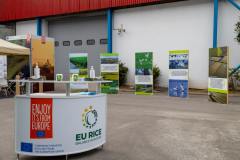 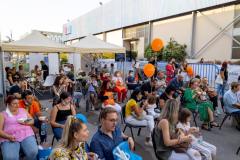 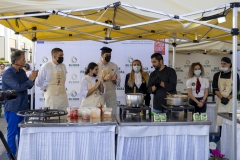 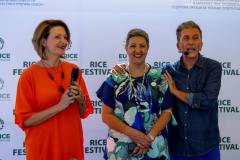 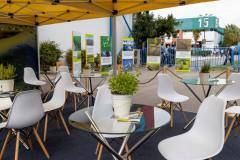 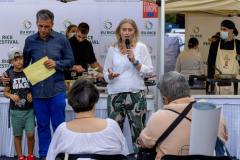 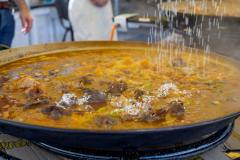 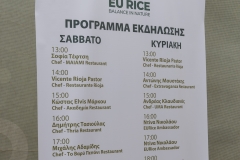 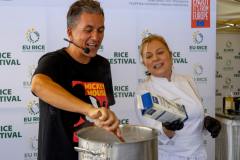 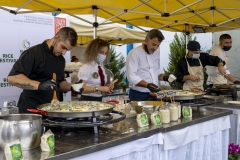 Many famous Chefs from well-known restaurants in Thessaloniki, were invited and cooked for the public their special creative recipes with rice. The special dishes with rice that were presented during the festival were: 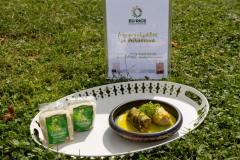 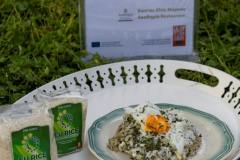 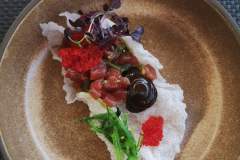 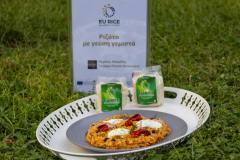 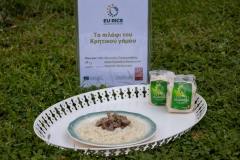 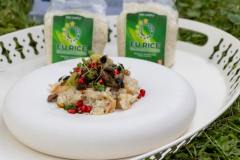 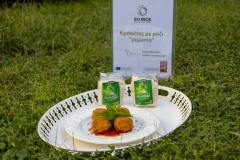 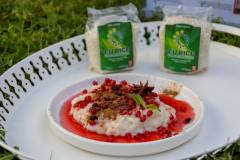 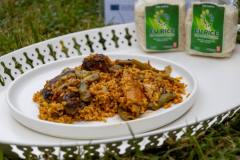 The well-known TV cook, Chef Ambassador of EURICE program in Greece and owner of the Evi-Evan restaurant in Paris, Dina Nikolaou created for main dish “Rice-croquettes with”stuffed tomates and peppers flavor” and for dessert “Rice Pudding with red fruits” which excited the visitors.

Santos Ruiz Alvarez from the Regulatory Council of PDO Rice of Valencia and the Spanish Chef Vicente Rioja Pastor, who cooked the authentic “Paella” from Valencia, came especially for the Rice Festival in Thessaloniki.

The presenter of the event was Kostis Zafeirakis. Many people attended the two-day Rice Festival, but also representatives from EASTH, A’and B’ Cooperatives of Halastra, who had the chance to inform the visitors about the sustainable aspect of rice cultivation, but also about the special characteristics and safety of the Greek rice.